What is an Upper Respiratory Infection?

URIs are the most common infectious disease in the United States. Family members or close friends may have the same symptoms.  Most adults catch a cold from time to time, but kids can get 8-12 a year. They are the top reason kids visit the doctor and miss school. About 5 and 10% of children with a URI will also develop an ear or sinus infection.

Symptoms of an URI may include:

Most URIs are caused by rhinoviruses carried in invisible droplets in the air or on things we touch. These viruses can get into the protective lining of the nose and throat, setting off an immune system reaction that can cause a sore throat, headache, and trouble breathing through the nose.

Dry air — indoors or outside — can lower resistance to infection by the viruses that cause colds. So can being a smoker or being around someone who smokes.

Despite some old wives’ tales, not wearing a jacket or sweater when it’s chilly, sitting or sleeping in a draft, and going outside while your hair’s wet do not cause colds.

How Long Do URIs Last?

URI symptoms usually appear 2 or 3 days after exposure to a source of infection. Most symptoms clear up within 1 week, but some last a bit longer.

How to Treat Upper Respiratory Infections

With each new URI, your child’s body builds up immunity to that virus. Most parents know when their child has a URI. Sometimes, they have it too or other children in school have it.

Most often, you don’t need to call or see your child’s doctor. There are no medicines to make a URI go away sooner. But, there are good ways to help many of the symptoms and provide comfort to your child.  The treatment for each symptom is different.

Here is some care advice that should help.

Some Supportive Things You Can Do:

For a Runny Nose With Lots of Discharge: Blow the Nose

The nasal mucus and discharge is washing germs out of the nose and sinuses.

Blowing the nose is all that’s needed.

If the nose is irritated from blowing, dab petroleum jelly on the skin under the nose to soothe rawness.

Many experts now believe that there’s usually no reason to give over-the-counter (OTC) decongestants and antihistamines to any child younger than 6. There’s little proof that these medicines work, and decongestants can cause hallucinations, irritability, and irregular heartbeats, particularly in infants.

For children not drinking or playing due to fever, give acetaminophen (such as Tylenol) or ibuprofen (such as Motrin or Advil).  Follow packing instructions or check in with K for Parents for specific dosing recommendations for your child.

Never give aspirin to children or teens, as such use has been linked to Reye syndrome, a rare but serious condition that can be fatal.

Treatment for Other Symptoms:

Use acetaminophen (such as Tylenol) or ibuprofen for muscle aches or headaches.

Can give honey 1 teaspoon (5 ml) for coughing spells as often as needed. Can also use cough drops. Do not give to infants under 12 months of age due to risk of botulism, a bacteria that can cause paralysis.

There’s no real proof that eating it can cure a cold, but sick people have been swearing by it for more than 800 years. Chicken soup contains a mucus-thinning amino acid called cysteine, and some research shows that chicken soup helps control congestion-causing white cells, called neutrophils.

Recent studies show that children ages 2-11 years of age using vapor rub on chest and neck at bedtime provided symptomatic relief of nighttime cough, congestion and difficulty sleeping, allowing them and their parents to have a more restful night than those in the other study groups.

Check in with K if…

See a doctor in person if… 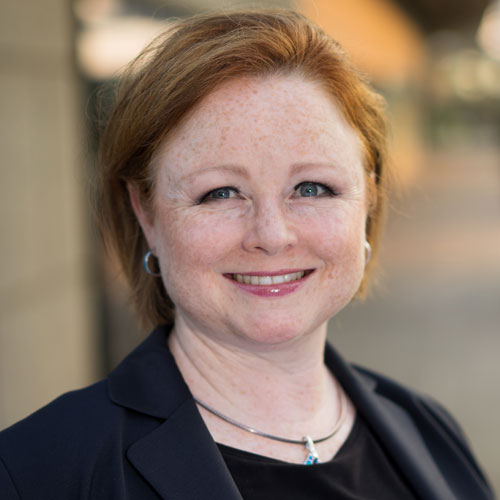 As a teaching attending in pediatrics, I learn a lot from my medical students and residents. One such pearl was an acronym that a resident inserted into a patient presentation that I have since adopted and utilize in my own practice. GEEDDSS. It’s memorable perhaps because it’s non-sensical and stands for the key components of […]

As many families grapple with mixed vaccination status, K Health’s Pediatric Lead, Dr. David Shafran, shares some helpful advice for parents to ensure everyone has a healthy, happy holiday season.  1. Is it safe for unvaccinated children with vaccinated parents to be around unvaccinated people either inside or outside?  Yes, because children experience a lesser […]

Expert tips on returning to school amidst the Delta Variant

Millions of kids are returning to the classroom for in-person learning. Although there are still growing concerns about the COVID-19 delta variant from parents and teachers. The delta variant is 200% more transmissible and 1000% higher in viral load. This means more kids could potentially contract the virus, will test positive quicker after exposure and […]

COVID And The Recurrence of Vaccine-Preventable Diseases

Recent data reveals 23 million children globally missed out on routine vaccines against diphtheria, tetanus, pertussis, measles and polio. Exacerbated by the diversion of resources to combat COVID-19, there is a real concern that these diseases may re-emerge as herd immunity thresholds are breached.

Precordial catch syndrome (PCS) causes sudden, sharp chest pain, usually in the upper left-hand side of the chest. The pains are not accompanied by any other symptoms and usually affect children, teenagers, and young adults who are otherwise quite healthy. Fortunately, though it can be scary, PCS is not serious and will resolve on its […]

Nursemaid’s Elbow: Signs, Symptoms, Treatments & When to See a Doctor

Nursemaid’s elbow—also referred to as pulled elbow, slipped elbow, and toddler elbow—is a common injury of early childhood. In fact, it represents more than 20% of upper-extremity injuries in young children.  As a child grows, their bones and muscles develop and become much stronger. But for young children, even slight jerks or pulls to the […]

Acne in Toddlers: When to Call a Doctor

Many people associate acne with adolescence. And the truth is, most teenagers and young adults experience at least one breakout at some point in their lives. But teens aren’t the only ones who develop acne. Up to 50 million Americans deal with the skin condition every year—and that includes some infants and young children. If […]

When to Call a Doctor for Your Child’s Fever

All children get fevers from time to time. Although this can be concerning for a parent, in most cases, kids feel better within a few days. Still, fevers should be monitored closely because they can be a symptom of an underlying illness or infection. It is important to remember that in almost all cases, a […]