What Is Sinusitis (Bacterial vs. Viral)? Sinusitis Symptoms Causes of Sinusitis How Are Bacterial and Viral Sinusitis Diagnosed? Sinusitis Treatment Options Sinusitis Prevention Related Conditions and Risk Factors When to See A Doctor How K Health Can Help
Share:

Table of contents
What Is Sinusitis (Bacterial vs. Viral)? Sinusitis Symptoms Causes of Sinusitis How Are Bacterial and Viral Sinusitis Diagnosed? Sinusitis Treatment Options Sinusitis Prevention Related Conditions and Risk Factors When to See A Doctor How K Health Can Help

We’ve all experienced the common cold symptoms of a runny nose, nasal congestion, and sinus pressure. But sometimes these symptoms can indicate something different: sinusitis, or a sinus infection. Sinusitis can be viral or bacterial. Knowing which one you have can be helpful for treating sinus infection symptoms and helping ensure you feel better fast.

In this article, I will describe the symptoms of both viral and bacterial sinusitis. I will also talk about the causes of each, how they’re diagnosed, and what your treatment options are.

What Is Sinusitis? (Bacterial vs. Viral)

Sinusitis is caused by the inflammation of your sinuses, which are air-filled cavities around your facial and nasal passages. It can be divided into different subcategories, based on how long it lasts.

Sinusitis is also classified by whether it’s viral or bacterial.

A viral sinus infection is much more common than a bacterial one. With viral sinusitis, a virus infects the lining of your facial and nasal cavities. It is typically caused by a viral upper respiratory infection.

A bacterial sinus infection is caused by bacteria infecting the lining of your facial and nasal cavities. It is usually caused by a virus first, with the bacterial infection coming later. This often starts in the nasal cavity before spreading to the sinuses.

Get the treatment you need to feel better.

Both bacterial and viral sinusitis share common symptoms, including:

However, the two vary considerably in their durations. If you have a viral sinus infection, you’ll typically start to feel better in 5-7 days. Symptoms unique to bacterial sinusitis include:

How to tell if it’s more than a cold

I tell my patients that a common cold’s initial symptoms usually only last for a few days before they start to improve. The symptoms of viral and especially bacterial sinusitis will last longer, and can linger anywhere from two weeks to over three months in the case of chronic sinusitis.

Sinusitis can be caused by a number of conditions. These can include:

How Are Bacterial and Viral Sinusitis Diagnosed?

Although most cases are viral, it’s important to appropriately identify whether your sinus infection is viral or bacterial. Differentiating between the two often comes down to the duration and severity of their symptoms. When meeting with a patient who has sinusitis, I first ask about their health history, as well as what their symptoms are and how long they’ve had them. More tests aren’t usually needed, though if a patient has had several bouts of acute sinusitis the following tests might be used:

The Infectious Disease Society of America’s clinical practice guidelines state that a sinus infection is likely bacterial in nature if the following are present:

Distinguishing an upper respiratory infection (URI) from viral sinusitis is challenging. 20-40% of children diagnosed with viral sinusitis most likely just have a URI, according to this study.

I often see patients who think that antibiotics will solve their symptoms and want to begin a round immediately. However, at home remedies can improve symptoms in the vast majority of cases. One in seven adults has sinusitis every year, with most having viral sinusitis and not needing antibiotics. Home treatment options can include:

Antibiotics might be used as a treatment option if it’s a bacterial infection. The IDSA guidelines advise a five to seven-day course of antibiotics to treat the infection.

Viral sinusitis typically goes away on its own and can’t be helped with antibiotics. Symptoms can be alleviated by home treatment options outlined above.

To avoid sinusitis, you should be sure to:

If left untreated, there can be rare but serious complications. A sinus infection can spread to the eyes, causing a range of symptoms ranging from swelling to (in especially severe cases) blindness. Infectious sinusitis can also, uncommonly, lead to meningitis, the inflammation of the membranes surrounding the brain and spinal cord, or osteomyelitis, an infection to the bones of the skull.

You should make an appointment to see your doctor if your symptoms last longer than five to seven days, persist despite trying the home remedies outlined above, include high fever or severe facial pain, or keep returning. You should also call a doctor or go to an emergency room immediately if you experience the following:

Get the treatment you need to feel better. 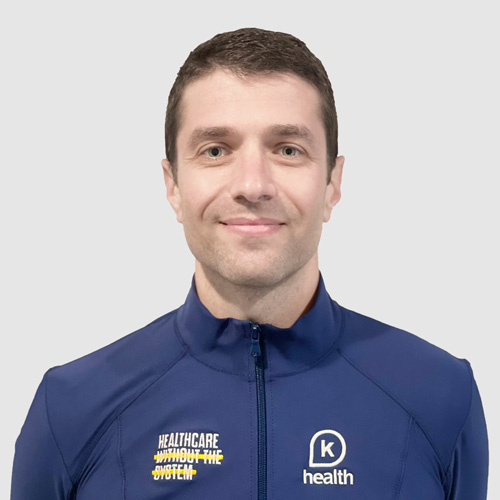 The vast majority of sinus infections, also called sinusitis, are viral and will go away all on their own, especially if you’ve had symptoms for less than two weeks. Bacterial sinusitis usually occurs as a later complication of viral sinusitis.  In this article, we discuss if sinus infections are contagious, what causes them, and how […]

Is It a Sinus Infection or Allergies?

Each year, almost 12% of all Americans will be diagnosed with a sinus infection. And more than 50 million people in the U.S. every year experience allergy symptoms. Nasal and sinus congestion are among the most common reasons for visiting a healthcare provider—for conditions like sinus infections, allergies, and viral illnesses like colds.  These conditions […]

If you’ve ever had a sinus infection, you know how uncomfortable—and persistent—they can be. You can’t breathe normally due to nasal congestion, postnasal drip interferes with sleep, and sinus pain makes your face ache. Add in possible nasal discharge, headache, cough, fatigue, and fever, and no wonder you just want it to go away. Unfortunately, […]

More than 4 million people visit their doctor with chronic sinusitis each year. Unlike acute sinusitis, chronic sinusitis refers to an inflammation of the sinuses that persists for a long time, despite treatment. Chronic sinusitis can interfere with the way your sinuses drain, leaving you feeling ”stuffed up” or with swollen or tender sinuses for […]

Acute sinusitis refers to an inflammation of the sinuses, often accompanied by an infection. This condition affects millions of Americans each year. Sinusitis, sometimes called rhinosinusitis or simply a sinus infection, can cause mucus to build up, causing the familiar symptoms of nasal congestion, or feeling “stuffed up.” Most cases of acute sinusitis go away […]