How is Vaping Different From Smoking? What Are the Health Effects of Vaping? What are Vaping Devices? Is Vaping Addictive? Should You Quit Vaping? How K Health Can Help
Share:

Table of contents
How is Vaping Different From Smoking? What Are the Health Effects of Vaping? What are Vaping Devices? Is Vaping Addictive? Should You Quit Vaping? How K Health Can Help

Vaping is a term for using e-cigarettes, battery-powered devices that create a vapor by warming and evaporating a liquid inside the device, often called vape “juice.”

In the U.S., 6% of adults vape. It’s more common among younger people: Vaping is the most commonly used tobacco product among youths, with an estimated 3.6 million middle and high school students having used an e-cigarette in the past month.

Some people start vaping because they believe it’s a safer alternative to cigarettes.

But the safety of vaping is questionable, and there’s more you should know before you start.

In this article, I’ll explain more about what vaping is, how it works, and how it’s different from smoking.

I’ll also explain the health effects of vaping and vaping devices, and talk about whether vaping is addictive.

Trying to quit vaping? Chat with a doctor today to discuss your options.

How is Vaping Different From Smoking?

When you smoke cigarettes (or a cigar or pipe), tobacco and other substances are burned, and you inhale the smoke.

Vaping does not involve smoke.

As the name suggest, people who vape inhale vapor produced by an electronic cigarette.

In fact, some vape pods contain as much nicotine as 20 cigarettes.

Nicotine raises your blood pressure and increases your adrenaline, which can raise your risk of heart problems.

Both smoking and vaping are addictive.

The vapor produced has a less pungent smell than cigarettes, and is often flavored.

These flavorings are one reason vaping has become so popular with young people.

In 2020, the U.S. Food and Drug Administration (FDA) pulled thousands of flavored vape products off of shelves, but regulatory loopholes and lax enforcement mean that fruit and candy varieties have remained available and popular among young users.

THC is the substance in marijuana that makes people “high.”

How does vaping work?

When you vape, a battery-powered device—called an e-cigarette, a vape, or by a brand name, like JUUL—heats a liquid known as e-liquid or e-juice.

The e-juice evaporates, producing vapor that the user inhales.

Bystanders can also inhale the vapor, in the same way they might inhale secondhand smoke.

What Are the Health Effects of Vaping?

Since people have only been vaping for a short time, the long-term health effects are still being studied.

Nicotine’s side effects include:

The vapor produced during vaping contains other harmful substances that can irritate the lungs.

Vaping is unsafe for pregnant women, and should especially be avoided around children.

What are Vaping Devices?

Vaping devices can look like traditional cigarettes, but can also look like everyday items, such as USB memory sticks and pens.

All the shapes have similar components: a mouthpiece used to inhale the vapor, a battery, a heating element, and an e-liquid cartridge.

More than 99 percent of vaping liquids can contain nicotine.

They may also contain cannabinoid oils (CBD), tetrahydrocannabinol (THC), flavorings, and other additives and substances.

Nicotine is a stimulant found in tobacco products and is highly addictive.

THC is the main psychoactive ingredient in marijuana, responsible for the “high.”

Vaping liquids come in a variety of flavors such as bubble gum, fruit, candy, mint, and menthol.

Certain flavorings, like diacetyl, which creates a “buttery” flavoring, can lead to severe lung problems when inhaled.

Some e-cigarette products have been found to contain carcinogenic and toxic chemicals harmful to overall health, as well as high levels of nickel and chromium, which may be the result of the heating coils.

Seemingly safe additives used in e-liquid can cause problems, too.

Vitamin E acetate is a dietary supplement that is safe to ingest or apply to your skin.

EVALI is a dangerous lung disease that causes symptoms like shortness of breath, fever, and rapid heart rate.

The vapor from vaping almost always contains nicotine, which is a highly addictive substance.

E-cigarettes can also dispense THC, which can be addictive.

Other risks you should know with vaping

Vapes can explode when their batteries overheat or are defective; reported cases happened during charging.

The e-liquid should not be swallowed or come in contact with the skin or eyes: it can cause vomiting, nausea, and irritation.

E-cigarettes should be kept out of the reach of children.

Should You Quit Vaping?

You may have heard that vaping can be a useful way to quit smoking, but vaping is not one of the US Food and Drug Administration (FDA) approved ways to quit smoking.

One cartridge can contain the same amount of nicotine found in 20 cigarettes.

Addiction to nicotine can alter your brain, putting you at risk for addiction to other substances.

These alterations can be permanent.

Since the long-term health effects are not well understood, it’s safer to avoid vaping altogether.

If you’ve already started vaping and want to quit, start by choosing a Quit Day.

When you’ve done this, tell your family and supportive friends about your Quit Day, and throw away all your vaping-related materials.

If you’re struggling to quit on your own, reach out to a healthcare provider or doctor for help and more resources.

Trying to quit vaping? Chat with a doctor today to discuss your options.

Are you looking for help to quit smoking? Speaking to a doctor can help you make the right choice.

What exactly is a vape?
A vape is a battery-powered device used to produce vapor by heating a liquid. It is also called an electronic cigarette, e-cigarette, vape pen, mod, e-hookah, tank system, and electronic nicotine delivery system (ENDS).
How is vaping different from smoking?
When you smoke, you inhale smoke from burning materials like tobacco. When you vape, you inhale vapor that’s produced from heating a liquid using a battery-powered device. Vapes do not produce smoke, and do not have a long-lasting smell like the odor produced while smoking.
What are the risks of vaping?
The vapor produced by an e-cigarette usually contains nicotine, and may also contain THC, additives, flavors, and other chemicals. Nicotine is addictive and can alter brain development in adolescents and young adults. It may also lead to the use of other substances. 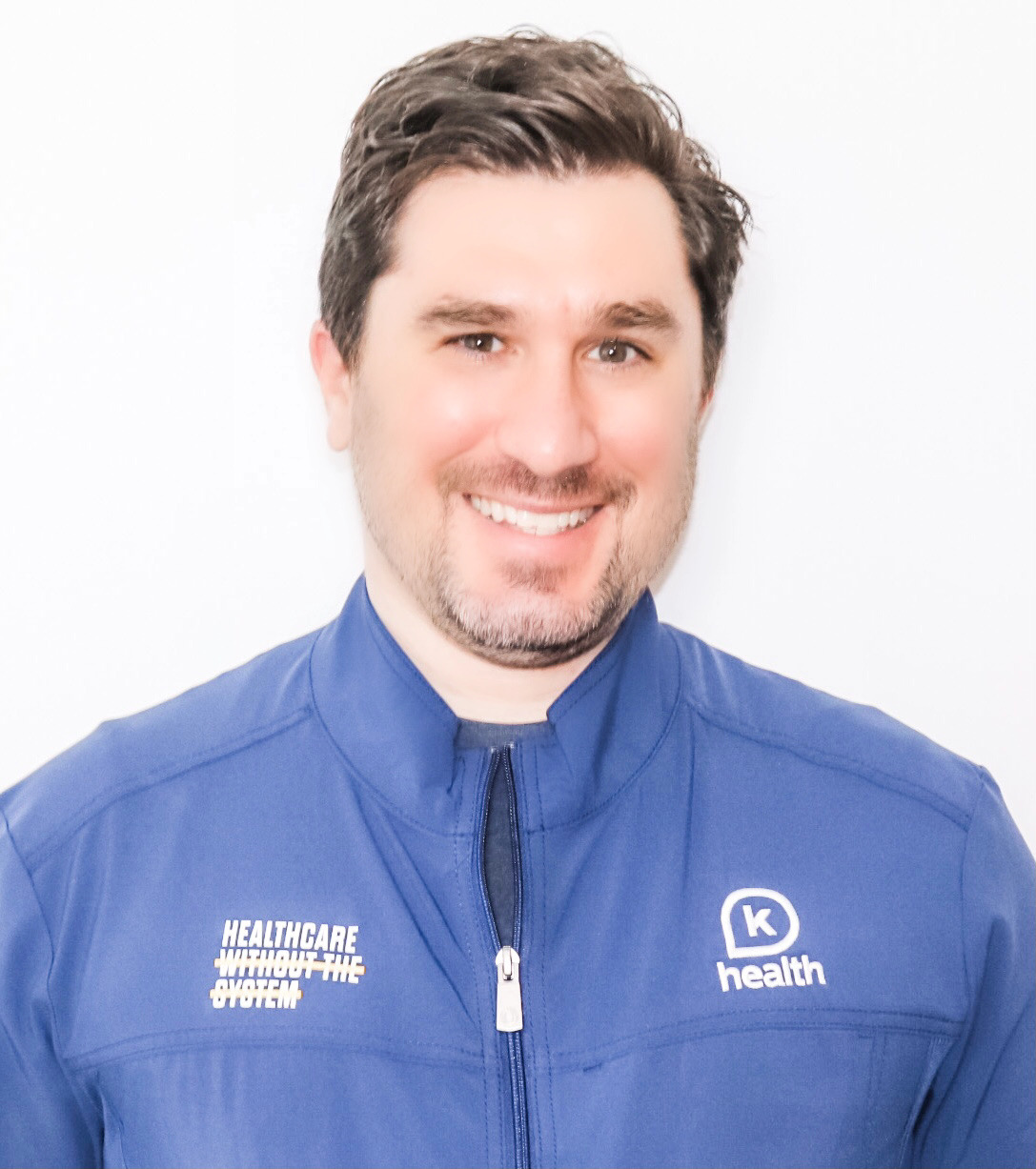 How to Quit Vaping: An In-Depth Guide

What may start as an innocent inhale can rapidly spiral out of control. You may have gone out with friends and someone offered you a hit, then you went to buy your own e-cigarette. Before you know it, you’re unconsciously puffing as you watch your favorite television show, and leaving your vape resting on your […]

Is JUUL Bad For You?

Cigarette smoking is the leading cause of preventable death among Americans, killing more than 480,000 people in the United States each year.  Electronic cigarettes, including one brand name called JUUL, are often marketed as a healthier alternative to traditional cigarettes, particularly to young adults. That marketing has worked: While 6% of all U.S. adults use […]

Is Nicotine Bad For You?

Cigarette smoking, or tobacco use disorder (TUD), is the leading cause of preventable death in the United States. Cigarettes cause more deaths than HIV, illegal drug use, alcohol use, and motor vehicle accidents combined each year. Smoking can also contribute to developing diseases including cancer, heart disease, rheumatoid arthritis, and type 2 diabetes mellitus (T2DM).  […]

If you are trying to quite smoking cigarettes, and you’re considering vaping as a “safer” alternative, there are things you should know. Vaping can be just as addictive as smoking, so it can be difficult to quit, even if being used as a smoking cessation tool. Both vaping and cigarette smoking can be harmful, and […]