What Is Causes Symptoms Diagnosis Treatment Prevention Related Conditions and Risk Factors Complications When to See a Doctor How K Health Can Help You
Share:

Have you been told that you have small intestinal bacterial overgrowth or, SIBO? It may be the first time you’ve ever heard of the condition, and you might be unsure what it means. In this article, you will learn what SIBO is, how it may be diagnosed, and how to manage your symptoms.

SIBO (pronounced ‘see-boh’) stands for small intestine bacterial overgrowth. SIBO occurs when you have an excess of bacteria in your small intestine. Everyone has several types of naturally-occurring bacteria in their intestines but when the delicate balance of bacteria is disturbed due to overgrowth, you can get uncomfortable SIBO symptoms such as bloating, diarrhea, abdominal pain, constipation, and excess gas. You are at a higher risk of developing SIBO if you are an adult female or if you have a preexisting digestive issue, such as irritable bowel syndrome (IBS).

Check your symptoms and get free personalized health answers

A normal small intestine (bowel) contains many different types of bacteria – around 10,000 bacteria per milliliter of fluid, to be precise. Some of these bacteria are beneficial (good) and some are considered pathogenic (bad). The good bacteria protect your body from bad bacteria and candida (yeast) overgrowth. They also help your body absorb nutrients from food and produce vitamins, like folate and vitamin K. Good bacteria also help maintain the normal muscular activity of the small bowel, which produces waves that move intestinal contents–such as food and water–through the gut.

When the small intestine does not move food along fast enough, SIBO can develop. When bowel contents move too slowly, bacteria hang around for too long which gives them the opportunity to multiply excessively. Levels of the good bacteria can fall too low relative to the bad bacteria and the resulting imbalance causes the unpleasant SIBO symptoms you are experiencing like gas, bloating and stomach pain.

The main triggers of SIBO are:

SIBO can cause many uncomfortable digestive issues some of which are similar to those caused by other digestive disorders, e.g. IBS, Crohn’s disease, and lactose intolerance.

SIBO signs and symptoms include:

All of these symptoms can also occur with many other medical conditions so it is important to consult with a doctor who can make the correct diagnosis. Prompt treatment will help you avoid some of the unwanted side-effects of untreated SIBO such as malnutrition, unwanted weight loss or anemia.

How Is SIBO Diagnosed?

SIBO can be hard to diagnose as its symptoms are similar to those of other conditions that affect the stomach and intestines. In order to make a definitive diagnosis your doctor may do the following:

The first priority in the treatment of SIBO is to get your gut bacteria back into balance to ease your symptoms and help your body better absorb nutrients from your food. Your doctor may recommend some or all of the following treatments:

SIBO Prevention and Care: What You Can Do at Home

If your SIBO is not due to an illness or a structural abnormality, you may be able to treat or manage your SIBO symptoms by making the following dietary changes:

If you suffer from any of the following medical conditions, you are more likely to develop SIBO:

Other risk factors for SIBO include:

Check your symptoms and get free personalized health answers

Having an abnormally large population of harmful bacteria in the small intestine can impact the body in other ways. Bacterial overgrowth makes it harder for the body to absorb nutrients and carbohydrates from food which can lead to vitamin deficiencies and excessive gas.

Other complications that you may experience alongside SIBO are:

If you are experiencing SIBO-like symptoms that have not gone away or responded to any treatments you have tried, speak to your doctor. SIBO can be unpleasant but there is no reason to suffer for long periods when your doctor can advise you about treatments that will restore the balance of your gut bacteria and relieve your symptoms.

How K Health Can Help You

K Health can help you quickly determine whether you may have SIBO and can connect you to a doctor instantly. Our doctors are available to help you learn how to relieve your symptoms and what you can do to help prevent them in the future. 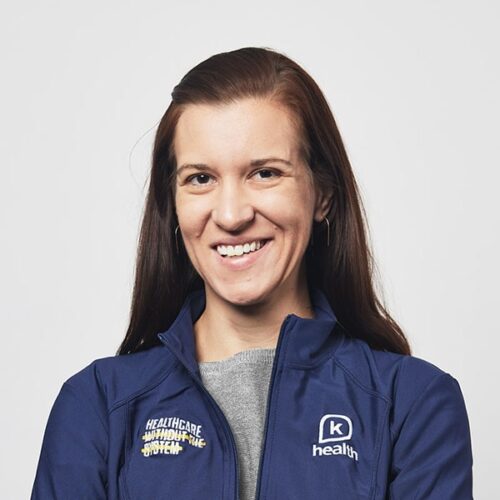