American teens are in a mental health crisis.

If that sounds alarmist, consider that one in eight reported having a major depressive episode in 2019, up 60% from 2007; suicide rates were up nearly 60% by 2018, compared with a decade prior; and emergency room visits among teens for self harm nearly doubled over that same period.

The pandemic made things worse: about a third of teens reported that their mental health was not good most or all of the time (a quarter of boys and half of girls); and nearly half of all teens reported feeling “sad or hopeless almost every day for two or more weeks in a row.”

In a recent report, the Centers for Disease Control (CDC) called the situation “devastating.”

It’s also confusing, because while the numbers cited above paint a dire picture, in many other measures, teens are thriving: drug and alcohol use, sex, and pregnancy among teens are all at 20 year lows, according to the CDC’s Youth Risk Behavior survey.

The good news is that America’s Congressional leaders have reportedly woken up to the threat. In rare bipartisan fashion, they intend to do something about it by allocating billions to solve the problem. We should direct the money to where it will have the greatest impact, meeting American teens where they spend most of their time: in school.

We already do spend some money in schools on mental health, but it’s woefully little, and overwhelmingly reactive to crises rather than proactive and prophylactic.

Many schools employ psychologists, social workers, and counselors, but far too few of them. According to America’s School Mental Health Report Card, an exhaustive report ranking how each state handles mental health in schools, only the District of Columbia and Idaho have at least one school psychologist for every 500 students—the recommended ratio. Only two states meet the recommended ratio of one counselor for every 250 students, and no states meet the recommendations for social workers (1:250). The states at the bottom of the list employ so few of these essential workers that it’s hard to imagine they are effective: Georgia has one psychologist for every 6,390 students; Arizona has one counselor for every 905 students; and West Virginia has only one, lonely social worker for every 15,433 students.

These underappreciated and overworked professionals are responsible not only for students who are disruptive as well as behavior escalations in the school system (of which there are many!), but they are also typically asked to create a positive mental health culture in the school. With a daily flow of mental health concerns from a population of thousands of students in some cases, this is an impossible task. I think it’s time to give them some help.

Mental health, much like physical health, should be the responsibility of the entire school—not just the school counselor. Instead of conceptualizing mental health as a disease or disorder to be treated, schools should manage mental health by doing what they do best: educating. We need to equip schools with a standard curriculum that addresses critical mental health topics like coping with stress, loss, and trauma, understanding anxiety and depression, and navigating relationships. Imagine mandatory classes that taught mental health “first aid” for life crises, tips for mindfulness and self-care, an introduction to cognitive-behavioral therapy tools, or even media literacy lessons. Knowledge from these classes and tools that are provided early in life could have dramatic positive impacts for youth that would be an excellent return on the investment. Even just opening the discussion about mental health issues in a formal class setting can get kids thinking about their own issues and those of their friends, and how to address them.

As a result, we need to provide children with tools to adapt to a stressful and changing world. We need to educate about mental health itself, using all that we know about the science of behavior and resilience.

It is my hope that someday soon we might equip our kids with science-backed information about protecting their minds from disease, the same way we teach them to protect their bodies. After all, the mind is the very resource that we are trying to cultivate through our schools. 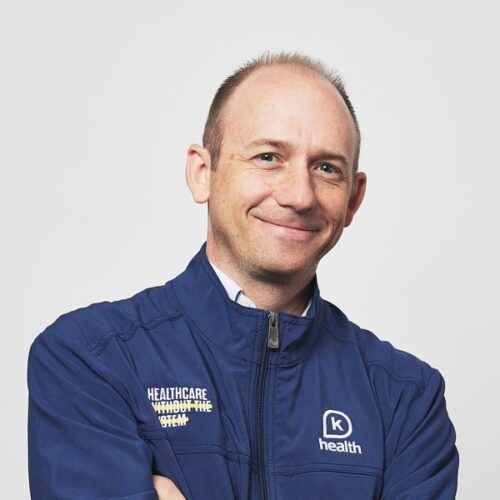 Bill Hudenko, Ph.D. has significant experience in the fields of both mental health and technology. Dr. Hudenko is a licensed psychologist, a researcher, and a professor who holds a joint appointment as a faculty member at Dartmouth’s Department of Psychological and Brain Sciences and Dartmouth’s Geisel School of Medicine.

When to See a Psychiatrist

If you notice symptoms of a possible mental health condition, such as depression or anxiety, you may consider seeing a psychiatrist. These professionals take a holistic, comprehensive approach to mental health that can involve medications, brain-stimulating devices, or talk therapy. But you don’t need a diagnosis to see a psychiatrist. You may benefit from having […]

The No. 1 Way to Make Your Medications Work

Congratulations! It’s been two weeks since you started your journey to better mental health. While it might sound minor, you should be proud of making it this far! Building habits to improve your mental health can take time, but you’ve already taken the hardest step by reaching out for care. Hopefully, any side effects you’ve […]

It’s natural to want to avoid situations that may bring up memories of experiences you would rather forget. Sometimes these feelings linger long after a traumatic event, such as a natural disaster, motor vehicle accident, sexual assault, or act of violence.  They can creep into your daily life and disrupt your personal relationships and work. […]

Annually this time of year, many often think of spring cleaning as a chore to accomplish—but could there be emotional and mental benefits to embracing spring cleaning? Research says yes.

Who Can Prescribe Antidepressants?

Millions of people experience depression and anxiety each year in the United States. And the numbers are growing, especially for younger generations: Over 2.5 million youth have severe or major depression, but over 60% of them don’t receive any kind of mental health treatment. Additionally, more than half of American adults with a mental illness […]

Understanding the unique stress and psychological symptoms of “caregiver burden,” and how to prevent it.

Resources For Those Dealing With Trauma

Bomb threats, attacks, and shootings are traumatic events can have a strong negative psychological impact on a community and can be overwhelming for anyone.   At K Health we believe that there is no health without mental health, and that mental health must be prioritized. That’s why we put together a resource guide full of free […]

Ask the Expert: The Mindset for Making Habits Stick

As you approach a new year, it’s common to think about resolutions. Perhaps you’d like to lose weight, exercise more, or stop procrastinating. While these resolutions are common, what is less common is sticking to a resolution! In this piece we’ll talk about the science behind habit formation to help you stick to your new […]