Effexor XR (venlafaxine HCl) is a medication used to treat a variety of anxiety disorders like generalized anxiety disorder, panic disorder, and social phobia, as well as clinical depression (also referred to as major depressive disorder or MDD). Effexor XR helps to ease depressive symptoms like persistent feelings of sadness, hopelessness, guilt, unworthiness, and lack of interest or enjoyment in things that used to bring you joy. It also can help with symptoms of anxiety like fatigue, nausea and upset stomach, muscular tension and shaking, and feeling restless, jittery, or nervous. The medication works by increasing available levels of the mood-regulating neurotransmitters, serotonin and norepinephrine, in the brain.

What Is Effexor XR?

Effexor XR is the brand name for venlafaxine hydrochloride extended-release.

The generic form of Effexor, venlafaxine, was approved for medical use in the United States in 1993. Originally, Effexor was only available as an immediate release tablet, which means that it had a short half life. This required a person to take it several times a day to keep adequate levels in the body for therapeutic use.

In 1997, an extended release capsule, Effexor XR, became available in the United States. Effexor was discontinued in favor of Effexor XR, which caused less nausea and could be taken just once daily instead of multiple times. Effexor XR is now available in generic as venlafaxine hydrochloride extended-release.

Venlafaxine is mainly used to treat:

In addition to these main uses, venlafaxine has also been used to treat:

How Does Venlafaxine Work?

Before You Take Venlafaxine

There are some health conditions and behaviors that could interfere with the effectiveness or safety of venlafaxine. Before beginning treatment, let your doctor know if you currently have or have had:

There are also certain drug interactions that can change how venlafaxine works, and can increase the likelihood of serious side effects. Some common drug contraindications (things you should not take while on venlafaxine) include:

This is a list of only the most common contraindications. A more comprehensive list of the of 609 drugs that interact with venlafaxine can be found here.

Avoid driving or operating heavy machinery until you know how venlafaxine will affect you. It may cause impaired reactions, dizziness, or fainting, especially in the beginning of treatment before your body is used to the medication.

If you’re undergoing a urine drug test, taking this medicine can give you a false positive. Let the person ordering the test and laboratory staff know that you’re taking venlafaxine.

Your doctor will base your dosage on your medical condition and response to treatment. Usually, to reduce the risk of side effects, you’ll begin the medication at a low dose and gradually work your way up.

Venlafaxine is usually started at 37.5 mg per day for about a week before increasing to 75 mg daily.

Common dosages for venlafaxine treatment, taken once daily are:

It’s important to take venlafaxine exactly as your health care provider prescribes it. To avoid nausea and other gastric side effects, venlafaxine should be taken with food. If possible, it’s best to take it at the same time every day.

Don’t chew, crush, or dissolve the venlafaxine capsule. If you find it hard to swallow, you can open the capsule and sprinkle the contents into a small amount of food like yogurt or applesauce. Swallow the mixture without chewing it, and consume it right away, not saving any for later.

How long does it take for venlafaxine to kick in?

It’s normal for it to take several weeks before you feel improvements in your symptoms after beginning venlafaxine. It’s important to take this medication as prescribed even if at first you feel side effects or don’t feel any benefits. Stopping taking it suddenly can cause anxiety, fatigue, headache, diarrhea, sleep disturbances, and other side effects. After several weeks, side effects often subside and benefits become more noticeable.

What happens if I miss a dose?

If you miss a dose, take it as soon as you remember. However, if it’s almost time for your next dose, just skip the missed dose and take your next one as normal. You should not take both doses at once to make up for the missed one. You can always contact your doctor or pharmacist if you have questions about a missed dose.

If you want to stop the medication, it’s important to work with your doctor to gradually taper yourself off over at least two weeks. Stopping suddenly or too quickly can cause very uncomfortable withdrawal effects including:

While side effects can seem daunting, most people experience mild side effects, if any at all. Beginning a new medication can be scary, but if your doctor has prescribed venlafaxine to you, she or he believes that potential benefits outweigh potential risks. Starting the medication at a very low dose, taken twice daily, and building up to a therapeutic dose slowly, can help you avoid side effects.

The most common side effects of venlafaxine are:

Adults over the age of 65 can be more susceptible to bleeding disorders, dizziness, lightheadedness, coordination issues, or fainting, all of which can increase the risk of falling. Older adults, especially those taking diuretics, can also develop hyponatremia, which is an imbalance of sodium levels in your blood. Talk to your doctor if you are concerned about the safety of yourself or an older adult taking this medication.

Some people, particularly those between the ages of 18-24 years old who have major depressive disorder (MDD), can have thoughts about suicide when first taking this or other antidepressants. Let your doctor know if your symptoms worsen or if you have suicidal thoughts or behaviors. If you have a child beginning venlafaxine, monitor them for any changes in mood or symptoms. Children under 18 years old can also lose their appetites and lose weight. Make sure to monitor your child’s food intake and weight if they are taking venlafaxine.

Venlafaxine belongs to the class of medications called selective serotonin and norepinephrine reuptake inhibitors (SNRIs). These antidepressants are used for treating anxiety, depression, and chronic pain. For some people, a different medication in the same family can be more helpful and cause fewer side effects. If venlafaxine doesn’t work for you, you can try another SNRI like:

If you want to try a different type of medication for anxiety and depression that still works with increasing available serotonin in the brain, you can try a medication that belongs to the family of selective serotonin reuptake inhibitors (SSRIs) such as Zoloft. These medications prevent the reuptake of serotonin after it has been released, increasing available serotonin in the brain. These medications can be very effective for treating anxiety and depression, and they might have fewer side effects than SNRIs, but they don’t treat chronic pain the way SNRIs do. These include:

Let your doctor know if your symptoms are not improving after several weeks, or if they are getting worse. Also contact your doctor if side effects are interfering with your everyday life–there are other, similar medications you can try that might work better for you with fewer side effects.

You should also seek emergency medical attention or contact your doctor if you notice any of these symptoms:

If you suspect an overdose, seek emergency medical attention (by calling 911), or call the poison help line at 1-800-222-1222. Symptoms of an overdose can include:

Antidepressants like venlafaxine can increase your risk of suicidal thoughts and behavior, especially in children and adolescents between the ages of 18-24 with major depressive disorder. If you or your children under 24 years notice mood changes or suicidal ideation, especially in the beginning of treatment, notify your doctor or seek medical attention right away.

K Health offers K Therapy, a text-based therapy program that includes unlimited messaging with a licensed therapist, plus free resources designed by mental health experts to use on your own.

Think you might need a prescription for Effexor (Venlafaxine)?

K Health has clinicians standing by 24/7 to evaluate your symptoms and determine if Effexor is right for you. 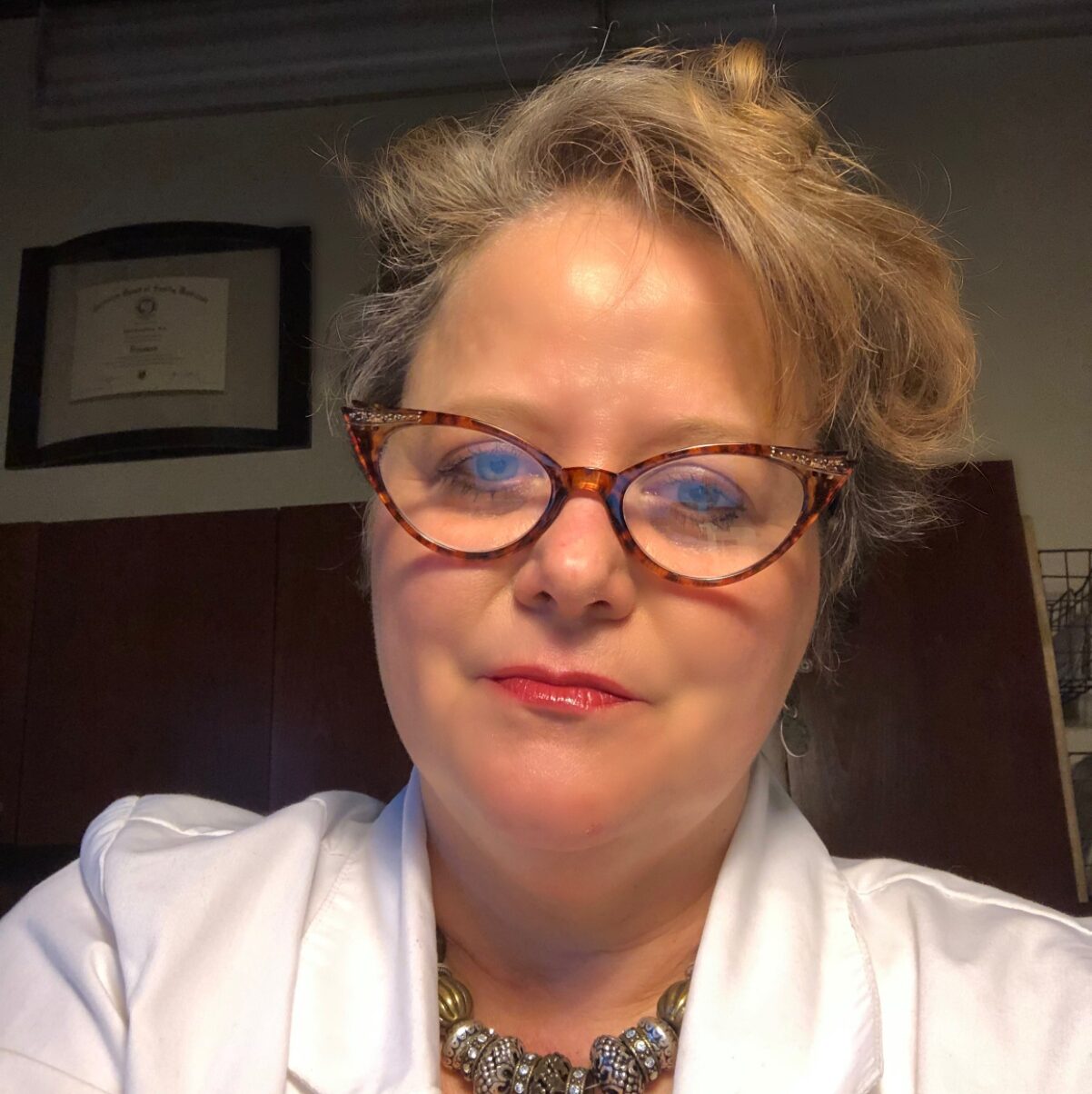 Can I Buy Losartan Over-the-Counter?

Losartan is a generic medication belonging to a group of drugs called angiotensin II receptor blockers (ARBs). The brand name of losartan is Cozaar. These drugs help prevent your blood vessels from narrowing, which helps improve blood flow and lower your blood pressure. Losartan is not available over-the-counter, but can be prescribed online by a […]

What to Do If You Forget Your Prescription on Vacation

We all forget things from time to time—including to take our medication or, worse, to bring it with us when traveling. If this happens or you lose your medication on vacation, don’t panic—there are a variety of ways to get back on track without heading home. In this article, I’ll talk about how to fill […]

How to Get a Prescription Refill Without a Doctor?

Gabapentin is an anticonvulsant medication used to control seizures in people with epilepsy. It’s also used to treat restless legs syndrome and relieve nerve pain in conditions like postherpetic neuralgia, a chronic pain condition in people who have had shingles. It’s not completely clear how gabapentin works, but it seems to reduce unusual excitement in […]

How Much Do Prescription Drugs Cost Without Insurance?

Zoloft vs. Prozac: Differences, Similarities and Which One Is Right for You?

Prozac and Zoloft are brand-name medications used to treat depression, anxiety, and other mental health conditions. Though Prozac and Zoloft are part of the same class of medications, there are critical differences between them. They come in varying forms, dosage strengths and can be used to treat different conditions. In this article, I will cover […]

Stomach pain can be caused by many different conditions.  Treatment options depend on the source of the discomfort. In this article, we’ll explore the available medicines and treatments for stomach pain, including over-the-counter and prescription options.  We’ll also cover other treatments, explain common causes, and identify when to seek medical care for stomach pain. Types […]

How Much Water Should I Drink When Taking Spironolactone?

Spironolactone is a diuretic, also known as a “water pill’, which causes the kidneys to eliminate excess fluid. Unfortunately, there’s always a possibility of dehydration during this process. To avoid dehydration, it’s vital to know how much fluid intake you need and the signs that your body needs more fluid. In this article, I’ll discuss […]

Refill medications and get certain necessary prescriptions with K Health from home.