Nearly half of all American adults have high blood pressure, or hypertension.

So if something as simple as apple cider vinegar can help, it could be a huge help to our health.

But does it work?

I’ll explain how to take it if you choose to, and some potential side effects you might experience.

Finally, I’ll talk about when you should speak to your doctor.

Manage your blood pressure with K health for just $12 a month.

What is Blood Pressure?

Blood pressure is the measurement of the force of blood as it travels through your arteries and blood vessels.

The more tension there is, the higher your blood pressure number will be.

High blood pressure, or hypertension, is a common medical problem that can have negative consequences on your health if left untreated.

It can increase the risk for cardiovascular disease, heart attack, stroke, and kidney failure.

Almost half of all adults in the United States have high blood pressure, and only about 24% of them have their condition well managed.

Hypertension can be treated effectively with blood pressure medications, diet, and lifestyle changes.

Sometimes alternative remedies—like apple cider vinegar—may help, but it’s important to understand what they will and won’t do.

Apple cider vinegar (ACV) is made from fermented apples and apple juice.

It has a similar nutritional profile to apple juice, containing B vitamins and polyphenols, which are antioxidants that are found in plants.

It ferments due to the activity of yeast and bacteria, both of which combine to create a liquid that contains some probiotics—healthy bacteria.

The yeasty substance in ACV, which can often be seen floating around in the bottle, is referred to as “the mother.”

It does have some health benefits, although many claims found on the internet have not been established or verified by a scientific method of research.

Additionally, the ingredients and quality of ACV is not monitored by the FDA, so different preparations may vary.

What we do know about apple cider vinegar is that the benefits it confers come from the nutrients it contains, like B Vitamins, and the acetic acid which is formed during the fermentation process.

A popular claim on the internet is that apple cider vinegar can help control blood pressure.

But research in humans is scarce, and the one older animal study showing a benefit was small and cannot necessarily be applied to the human body.

What we do know is that apple cider vinegar can have other benefits that might positively impact blood pressure.

Since weight, glucose levels, and cholesterol can all impact cardiovascular health in different ways, the benefits ACV has for these might be able to support blood pressure—we just don’t definitively know how much based on solid research.

What the research says

There has not been very much scientific research on humans proving that vinegar has measurable health benefits, especially regarding blood pressure.

In one 2009 study of obese people in Japan, those who drank a solution with vinegar in it for 12 weeks saw significant reductions in their weight, waist circumference, and cholesterol levels compared to those who drank plain water.

But the effects have not been directly tied to the vinegar itself, and does not replace the effects of medication.

Hypertension can be serious, affecting multiple organs and overall health.

If you have high blood pressure, you should not opt to treat it with ACV, but should follow your health care provider’s treatment plan.

Apple cider vinegar may be part of your healthy diet and lifestyle, but does not replace targeted medical care or blood pressure drugs.

Research hasn’t clearly defined how ACV impacts blood pressure, but there do seem to be benefits for some other aspects of health.

While there are many weight loss myths and fake remedies, there might actually be something to apple cider vinegar.

A very small randomized controlled trial from 2018 with 39 participants found that ACV was able to support weight loss.

Those in the study who did not drink ACV lost five pounds in the same timeframe.

Everyone in the study consumed a calorie-restricted diet and exercised, so apple cider vinegar won’t work on its own without other lifestyle changes that promote a healthy weight.

ACV isn’t a weight loss miracle cure, but it may give a slight edge to your existing efforts and is unlikely to hurt.

Vinegar “teas” have been used since the 18th century to help manage blood sugar levels.

It turns out, ACV may still have health benefits for blood sugar control.

More recent studies have been able to replicate these results, linking apple cider vinegar’s glucose-supporting health properties to acetic acid as well as the fermented and pickled qualities.

No impact to insulin was found.

While the study did have some limitations, an overall positive impact for glucose levels and metabolic health was found.

Apple cider vinegar won’t cure diabetes, and can’t replace other measures to treat it, like dietary and lifestyle changes or necessary medications.

But it can be part of a supportive toolkit to promote healthy glucose levels.

A meta-analysis from 2020 of eight studies found that ACV was not only able to lower total cholesterol, but was also able to decrease serum triglyceride levels.

These health effects were found to be notable in those who had type 2 diabetes, but not in non-diabetics.

In people who did not have diabetes, ACV had a more significant impact on increasing HDL cholesterol levels.

While apple cider vinegar is fermented and does contain some probiotic bacteria, there is not definitive evidence for how ACV may contribute to microbiome health.

Because there is significant variation in the types of apples and fermentation processes used, different brands and types of apple cider vinegar have different levels of both acetic acid and probiotics.

More research needs to be done to understand how ACV might support probiotic intake.

How to Take Apple Cider Vinegar

You can take a plain shot of apple cider vinegar—usually 1-2 tablespoons is recommended either once or twice per day.

Some people find it easiest to take the vinegar mixed with a cup of water, as is done in many scientific studies.

Others mix the water and vinegar with a small amount of a sweetener like honey or molasses.

Because there is no human research for apple cider vinegar and blood pressure, it’s hard to know what amount will be most effective.

In a study that showed beneficial effects on glycemic levels and oxidative stress, subjects took 20 mL per day mixed into a glass of water for eight weeks.

If you don’t want to drink plain apple cider vinegar, you can also consume it in other ways, such as:

Apple cider vinegar might cause a burning sensation in the throat or esophagus when it is consumed.

Mixing with water or another liquid may lessen this.

ACV can also harm tooth enamel if it’s in the mouth too long or consumed too frequently.

There are some rare reports of esophageal inflammation from consuming other types of vinegar.

If you notice digestive problems or other symptoms from taking apple cider vinegar, discontinue use and speak with a healthcare provider.

Manage your blood pressure with K health for just $12 a month.

When to See a Doctor or Healthcare Provider

Apple cider vinegar has been consumed for thousands of years and is frequently used to cook or prepare items.

If you want to take it for therapeutic purposes to support healthy blood pressure, weight loss, cholesterol, or blood sugar, there is little risk for harm.

But you should still consult your doctor, because ACV doesn’t replace other types of medical treatment.

Does apple cider vinegar have any drug interactions?
ACV might interact with medications that can decrease potassium levels, are designed to treat diabetes, or function as diuretics. There may be other interactions, so you should always check with your doctor or pharmacist. Apple cider vinegar can interact with the following medications: Digoxin (Lanoxicaps, Lanoxin, Digox, others), insulin, glimepiride (Amaryl),glyburide (DiaBeta, Micronase, Glycron, Glynase, others), pioglitazone (Actos), rosiglitazone (Avandia), chlorpropamide (Diabinese, Chlorabetic 250, Dibatrol, others), glipizide (Glucotrol), tolbutamide (Orinase, Oribetic, others), chlorothiazide (Diuril, Chlorulan, others), chlorthalidone (Thalitone, Biogroton, others), furosemide (Lasix, Diaqua-2, Lo-Aqua, others), and hydrochlorothiazide (Microzide, Esidrix, others).
Can I take any type of vinegar to lower blood pressure?
ACV is not definitely proven to lower blood pressure. Apple cider vinegar’s benefits are also attributed to its nutrient profile of acetic acid, vitamins, and polyphenols. Other vinegars may have beneficial nutritional properties, but will not be the same as ACV. None of these have been well studied in humans, and there is no evidence that any type of vinegar decreases blood pressure. If you want to use vinegar to support your health, ask your doctor or a dietitian for specific recommendations.
Will apple cider vinegar lower my blood pressure immediately?
No. Apple cider vinegar is not proven to lower blood pressure at all. Rather, it may work in a roundabout way by potentially promoting weight loss, supporting lower cholesterol levels, and improving blood sugar control. These results are not guaranteed in individuals and are dependent on other factors, like diet and exercise. You should not take ACV alone for the purpose of lowering your blood pressure.
K Health articles are all written and reviewed by MDs, PhDs, NPs, or PharmDs and are for informational purposes only. This information does not constitute and should not be relied on for professional medical advice. Always talk to your doctor about the risks and benefits of any treatment. 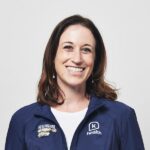 Dr. Sarah Malka is a board certified emergency medicine physician with K Health. She completed her residency at Harvard Medical School.