So What’s The Deal With The New Variants? How Did Deltacron Arise? Why Are We Only Hearing About Viral Recombinants Now? How Concerned Should We Be?
Share:

Table of contents
So What’s The Deal With The New Variants? How Did Deltacron Arise? Why Are We Only Hearing About Viral Recombinants Now? How Concerned Should We Be?

Have you heard the news about the new “stealth” subvariant of Omicron, or about Deltacron? Should we be worried, or is this just fear-mongering?

The COVID-pandemic has pushed several scientific areas into the limelight, and forced all to brush up and remember our biology 101. Preliminary scientific findings which in the past were mainly communicated among virologists, immunologists, and epidemiologists, have become regular features in prime-time media.

So we’ve come to learn that as coronaviruses replicate en mass, some of them incur small changes to their genes. This sometimes results in a genetically altered version of the virus – or a variant.

In some cases, the altered genes result in changes that are concerning, i.e. “variants of concern”. The concern with such variants is that they may spread more easily, cause more severe disease, or compromise the efficacy of available vaccinations, tests, or treatments. Some variants initially suspected to be of concern did indeed have some of these qualities—most recently Omicron—while others did not.

So What’s The Deal With The New Variants?

Variants currently featured in the media include the BA.2 “stealth variant” and “Deltacron”.

BA.2 is one of a few Omicron sub-variants. It is essentially still regarded as “Omicron”, and is likewise a “variant of concern” due to its enhanced contagiousness. In addition, studies have now established that people who have recovered from the previous Omicron variant (BA.1) can experience reinfection within BA.2 within a few weeks of recovery. This risk of reinfection is however low.

“Deltacron” is a variant combining genetic code from the Delta and Omicron variants. In contrast to previous reports of Deltacron, which turned out to be the result of a lab error, recent reports have indeed documented variants that combine generic codes from previous variants. Reported variants include combinations of Delta and Omicron and combinations of the two sub-variants of Omicron.

How Did Deltacron Arise?

The combination of variants is termed “viral recombination”. This occurs when a person is infected with two variants of the virus which co-infect the same host cell. As the variants replicate within the host cell, they exchange segments of their genes and new variants can arise. Recombination has been documented with many viruses, including with coinfection of influenza virus strains, herpes, and others. The recent large waves of Delta and Omicron have likewise resulted in some cases of co-infection leading to viral recombination – hence “Deltacron”.

Why Are We Only Hearing About Viral Recombinants Now?

Coronavirus species in general have been known to undergo recombination. The current SARS-Cov2 coronavirus is no exception. A recently published analysis of viral genetic data collected over a year ago identified several hundred cases of recombination, and estimated that “at most 0.2–2.5 percent of circulating viruses in the USA and UK are recombinant”. There may currently be an increase in the detection of such variants due to increased genetic sequencing, increased spread of the virus, and due to the qualities of recent variants which can be differentiated relatively easily using some routine testing procedures even without genetic sequencing.

How Concerned Should We Be?

There are many documented variations of the coronavirus, most have no clinical significance. There is currently no indication that the recombinant variants, such as Deltacron, are variants of concern. Like all variants, these variants also warrant monitoring. They may prove to be significant, however, most variants do not.

While there is currently no indication that the recombinant variants featured in the news are concerning, the COVID-19 pandemic is still with us and warrants responsible precautions regardless. In addition, as described above, BA.2 is a subvariant of Omicron. It is designated as a variant of concern and accounts for a growing proportion of COVID-19 cases in the US. Being up-to-date on vaccination and boosters has been proven beyond doubt to significantly reduce the risk of severe COVID-19 from all variants to date. Additional measures of precaution, such as masking, testing, and limiting large indoor gatherings, should also be considered—depending on the level of COVID-19 in your community, and the level of your personal risk and those around you. Since variants arise from mutation and recombination of viruses within host cells – these measures are also the best approach to reduce the risk of new variants. 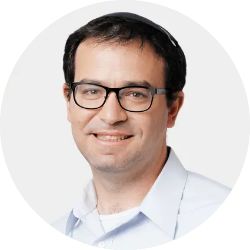 Dr. Perlman is a clinical pharmacist and pharmacoepidemiologist, with over 10 years of experience advising patients and clinicians on medication use, personalization, and safety. He has extensively published peer-reviewed research addressing medication safety.

How Much Is a COVID Test Without Insurance?

Even with vaccines and PPE, preventing the spread of COVID-19 requires frequent testing. To get a COVID test without insurance, some free options are available; on the other hand, you could be paying up to $250.  In this article, we’ll go over what a COVID-19 test is and the different options you have for getting […]

Everything You Need To Know About Fatigue After COVID-19

For some patients, the health effects of COVID-19 did not end when they passed through the initial, most acute, stage of their viral infection. Doctors now recognize that some patients can experience lingering fatigue from their bouts with COVID-19, even if their original experiences with the disease were mild or moderate. Some patients are reporting […]

How Much Does a COVID Test Cost?

Whether you have symptoms, were exposed, or just need to be cleared for an event, you are most likely among the millions of people who have questions about COVID-19 testing. Where do you get the COVID-19 test done, how fast are the results, and how much do they cost? While some tests are expensive, with […]

In some areas, home COVID-19 test kits are all but impossible to find in-store. But the USPS is offering them for free, find out how to get yours now.

Ask the Expert: Could Omicron Signal the End of the Pandemic, and Start of an Endemic?

The beginning of 2022 marks two years to the early media reports of a new SARS-coronavirus outbreak. In these past two years, we’ve witnessed a global and concerted effort to develop successful vaccines and treatments for the new disease with unprecedented speed. We’ve also experienced much frustration and confusion due to failed and erroneous predictions, […]

Testing for COVID is vital to helping reduce the spread of the SARS-CoV-2 virus. Whether you’re experiencing symptoms, were exposed to someone with confirmed COVID, are following workplace guidelines, or taking precautions before traveling or visiting immunocompromised friends and loved ones, COVID tests remain an important public health resource. Both vaccinated and unvaccinated individuals can […]

In recent weeks, the CDC has expanded eligibility and updated the recommendations for COVID-19 vaccine boosters. The CDC now recommends that everyone aged 18 and older should get a booster shot, 6 months after completing the primary mRNA COVID-19 vaccination series. These recommendations have become especially pertinent with the renewed and rapid rise in the […]