Cymbalta (duloxetine) is an antidepressant medication that falls under the medication category of selective serotonin-norepinephrine reuptake inhibitors (SNRIs).

Zoloft (sertraline) is also an antidepressant medication but is a selective serotonin reuptake inhibitor (SSRI), which functions differently from SNRIs.

While both medications are widely popular for treating mental health conditions such as depression (major depressive disorder), they have similarities and differences.

In this article, we’ll compare Zoloft and Cymbalta by going over the conditions they’re used to treat, cost differences, potential side effects, and what you need to know to take Zoloft or Cymbalta safely.

What Are the Similarities & Differences Between Zoloft and Cymbalta?

Both medications are used to treat a variety of symptoms and mental health conditions. One of the biggest differences between Zoloft and Cymbalta is the medication class they’re in.

Selective serotonin reuptake inhibitors (SSRIs) such as Zoloft work to increase the amount of serotonin in the brain and body to improve mood, stress, sleep, and metabolism.

Selective serotonin-norepinephrine reuptake inhibitors (SNRIs) such as Cymbalta work to increase the amount of norepinephrine and serotonin in the brain and body to improve mood, stress, and pain symptoms.

Here are some other comparisons of Cymbalta and Zoloft.

What Conditions Are Treated with Zoloft and Cymbalta?

Zoloft and Cymbalta both treat various neurological and psychological disorders. The table below compares the conditions each medication treats.

One important difference between Zoloft and Cymbalta is that Cymbalta, an SNRI, is sometimes used to treat nerve pain symptoms.

Research is yet to discover the particular mechanism behind how Cymbalta helps with pain, and studies are still exploring how Cymbalta affects patients with osteoarthritis, fibromyalgia, and other neuropathic pain.

Zoloft has been on the market longer, as it was approved by the Federal Drug Administration (FDA) in 1990. Cymbalta was approved in 2004.

This means that Zoloft has had more time to be extensively tested for a variety of symptoms and disorders. It is also one of just four medications approved by the FDA to use for children with obsessive-compulsive disorder (OCD).

Which Is More Effective, Zoloft or Cymbalta?

Each drug has been tested vigorously for a variety of health conditions and psychological disorders. Depending on which health concern you have, one may have more benefits over the other, and your healthcare provider will talk to you about which one may be best.

Some studies have directly compared Zoloft (sertraline) and Cymbalta (duloxetine) for patients with clinical depression.

One study compared 63 patients who took either sertraline or duloxetine to treat Major Depressive Disorder (MDD). It found that the medications were overall similar for treatment efficacy, but each worked better for certain symptoms.

Depending on your medical history, other current medications, and specific symptoms, either Zoloft or Cymbalta may be a better choice for you. Your healthcare provider will be able to work with you to determine which medication will be most effective for your needs.

Cost & Coverage of Zoloft vs. Cymbalta

Costs for prescriptions vary by state and city. The available insurance coverage for Zoloft and Cymbalta also differs depending on the area you live in.

Both Zoloft and Cymbalta are typically covered by commercial and Medicare/Medicaid healthcare plans, but costs can vary if you do not have prescription coverage or have to pay a copayment for prescriptions.

Like any other medication, the brand name is typically more costly than the generic brand.

The average cost for 30 days of brand-name 50mg Zoloft capsules is around $140. If you choose a generic brand of sertraline, a 30-day treatment may only cost $13.

The average cost for 30 days of brand-name 60mg Cymbalta capsules is around $390. If you choose a generic brand of duloxetine, a 30-day treatment is only around $20.

What are the Side Effects of Zoloft and Cymbalta?

If you are considering taking Zoloft or Cymbalta, be sure to ask your healthcare provider about any potential side effects.

Zoloft and other SSRIs can also sometimes cause weight gain. While the mechanisms behind the weight gain is not fully understood by experts, it may have something to do with changes in metabolism or appetite.

There is also data that shows some patients experience weight loss when they initially start Cymbalta.

Talk to your healthcare provider before stopping any antidepressant.

If you stop taking Zoloft, Cymbalta, or another antidepressant without slowly reducing your dosage, you might experience uncomfortable symptoms or even antidepressant discontinuation syndrome.

Symptoms of this syndrome include nausea, vomiting, headaches, and other flu-like symptoms. To be safe, notify your healthcare provider if you begin to experience any of these symptoms.

You can take some over-the-counter medications to improve some symptoms, and they typically subside after a couple of weeks.

Starting a new antidepressant has the potential to increase the risk of suicidal thoughts and depressive symptoms. If you experience any suicidal thoughts or are considering suicide, go to the nearest medical facility for immediate care.

You can also call the National Suicide Prevention Lifeline (Lifeline) at 988, or text the Crisis Text Line (text HELLO to 741741). These services are free, confidential, and available 24/7.

Both SSRIs like Zoloft and SNRIs like Cymbalta are known to have negative interactions with the following treatments and medications:

Certain drug interactions can result in dangerous and even fatal consequences.

Be sure to discuss your medical history and current medications with your healthcare providerbefore beginning any new treatment or medication.

If you become pregnant while taking Zoloft or Cymbalta, notify your healthcare provider immediately.

Some SSRIs and SNRIs can cause negative effects on pregnancy or cause birth defects.

People who are breastfeeding should discuss their medication options with their healthcare provider.

Both Zoloft and Cymbalta affect serotonin levels in the brain and body.

Examples include taking multiple antidepressants at the same time or using supplements such as  St. John’s Wort.

Serotonin syndrome is considered a medical emergency and you should seek immediate emergency care if you display the following symptoms:

Which is better for depression, Zoloft or Cymbalta?
When treating depression and depressive disorders, each medication has its specific benefits. Some studies have shown that Zoloft was more effective for symptoms relating to anxiety, agitation, and excessive fear of having an illness. But Cymbalta was more effective for treating physical symptoms, slowed movement/thinking, and sexual problems. The better medication option for the treatment of depression depends on the individual.
Can you switch from Zoloft to Cymbalta?
If you find that you are unhappy with the medication you’re currently taking, speak with your healthcare provider to learn about alternatives. Switching from an SNRI to an SSRI (or from an SSRI to an SNRI) must be carefully considered, as these drugs can interact with other medications and treatments.
What is stronger, Zoloft or Cymbalta?
Neither drug is stronger than the other, and they each have their own ways of affecting the brain and body. If you are looking to treat specific symptoms while experiencing clinical depression, one medication may be recommended over the other. 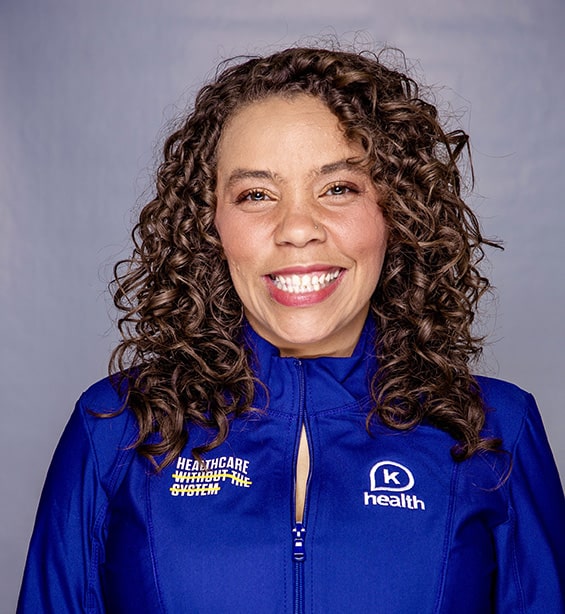 Nena Luster is a board certified Family Nurse Practitioner with over 14 years of experience including emergency medicine, urgent care, and family practice.

Foods to Avoid While Taking Cymbalta

When taking a new medication, it’s important to be aware of the possible side effects the drug can cause as well as how it may interact with other drugs, foods, and drinks. Cymbalta is a medication used to treat depression, anxiety, and chronic pain. Unlike other medications commonly prescribed for depression, Cymbalta does not have […]

How Much Do Antidepressants Cost? With and Without Insurance

Antidepressants are a type of medication that many people rely on to manage symptoms of depression as well as other conditions such as generalized anxiety disorder, obsessive-compulsive disorder, post-traumatic stress disorder, and social anxiety disorder.  While some antidepressants may be covered by insurance, people without insurance or with high-deductible plans may worry about the cost […]

How to Get Zoloft Without Insurance: Prices and Discounts

Unfortunately, some medications can be costly for people who don’t have insurance. However, without taking these medications, many people have trouble performing everyday activities such as school work, job requirements, and maintaining relationships. Zoloft is one of those medications. Also called sertraline, Zoloft is prescribed to treat various mental health disorders. On average, people pay […]

Both Zoloft and Xanax are prescribed to treat anxiety and major depressive disorder, but there are some major differences between the two medications. In this article, we will compare Zoloft and Xanax, including their differences, what they treat, side effects, costs, and more. Plus, we’ll cover how you should know when to see a doctor […]

How to Deal with Pristiq Withdrawal

More than 2.5 million people have been prescribed Pristiq (desvenlafaxine) to treat major depressive disorder (MDD) and other conditions. When a patient stops taking this medication after some time, they may experience withdrawal syndrome, uncomfortable symptoms that can include nausea, headache, fatigue, abnormal dreams, and more. If you’re taking Pristiq or another antidepressant, you should […]