Allon Mordel is the Senior Medical Director, Clinical Product at K Health. Dr. Mordel is a graduate of the University of Georgia, where he was granted the prestigious Foundation Fellow Scholarship and served as an EMT for the city and county services. He went on to graduate from Emory University School of Medicine, and with his mind set on being in New York City, Allon was accepted into residency at the NYU/Bellevue Emergency Medicine Residency Program where he distinguished himself and became Chief Resident on his way to becoming an Attending Physician. Originally from Jerusalem, Israel, Allon moved to Atlanta, Georgia at age six with his parents and younger brother. As a Foundation Fellow Scholar, he had the opportunity to travel the globe from New Zealand and Australia to South Korea and the Galapagos Islands as well as many places in between. In addition to his work in the medical field, Allon continues to earn his official status as a New Yorker by residing in the East Village and biking all corners of the city.

"I joined K to help push medicine forward: to empower patients, to leverage data, and to provide people access to accurate, personalized care." 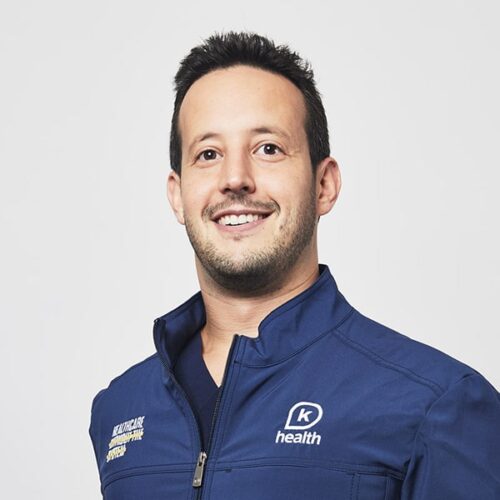 Testing for COVID is vital to helping reduce the spread of the SARS-CoV-2 virus. Whether...

What does news of the COVID-19 vaccine mean to people like me?

While news of the COVID-19 vaccine is exciting, it's still important to remain vigilant in...

Help stop the spread of COVID-19

If you think you might have COVID-19, here’s what you should do

First and foremost, seek immediate medical attention if you are experiencing shortness of breath, difficulty...

Help: I’ve been exposed to someone with COVID-19

First and foremost, seek immediate medical attention if you are experiencing shortness of breath, difficulty...

How did I get an Upper Respiratory Infection, and is it preventable?

When to see a doctor for an Upper Respiratory Infection

We recommend you see a doctor if you have shortness of breath, if symptoms persist...

Is it an Upper Respiratory Infection or COVID-19?

An Upper Respiratory Infection ("URI") occurs when a virus or bacteria enter your nose, mouth,...

How Will the Weather Affect Coronavirus as We Move Into Spring?

Photo by Arno Smit There are still a lot of unknowns when it comes to...